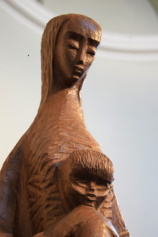 While visiting the church de La Plante in Namur, a wooden statue of mother (Mary) and child (Jesus) stopped me for a moment and struck me in awe.

With slightly bowed head and tender face the mother looks down on the child who sits comfortably on her hands folded like a throne. But it was the distance between the head and the child that subtly expressed the sovereignty of both figures. 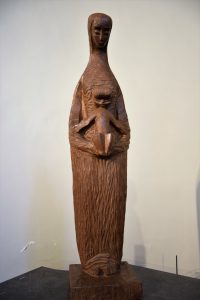 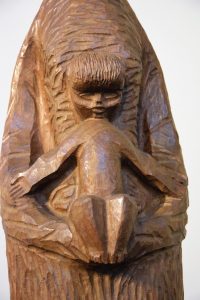 A quote from The Custodians came to mind:

“What binds a mother to her child, is a “Secret Marriage” that goes beyond gender. It enables the new soul without sin to become “sovereign” in every aspect of its being. No ego is needed, just a true sense of “self,” call it “individual sovereignty.” At the same time, as the self grows, there is guided learning to respect “the individual sovereignty of the others…” 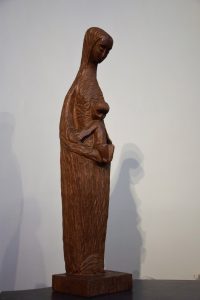 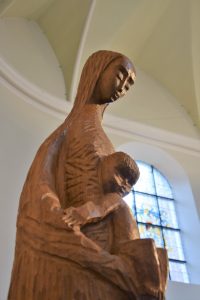 When I read in the booklet Albert Houart L’univers d’un sculpteur written by his daughter Marie-Monique that in his family and I quote:

« Le silence n’est pas blasé, chez Houart. Il est sagesse » (free translated « Silence is not jaded at Houart. It is wisdom)  I understood the wisdom of the statue.