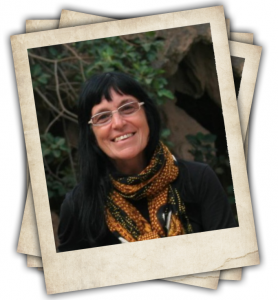 Who am I ? A difficult question to answer. I was born in March in 1955. In the same month Claudette Colvin – a fifteen year old African American girl – was born. She decided not to give up her seat on a bus in Montgomery, Alabama to a white woman after the driver demanded it. The Rev. Dr. Martin Luther King Jr. made his political debut fighting her arrest. Poets and storytellers where inspired by the choice she made at that time. Even recently, in 2009, Phillip Hoose won the 2009 National Book Award for Young People’s Literature for his biography ‘Claudette Colvin: Twice Toward Justice’.

My life began on the thirtieth of that month. I was born left-handed, a fact that is still relatively uncommon. But Leonardo da Vinci (the Italian polymath, scientist, mathematician, engineer, inventor, anatomist, painter, sculptor, architect, musician, and writer) one of my favorite famous individuals, was also left-handed.

I’m sure these facts made me the person I am: an independent left-handed woman who takes the words dignity and authenticity very serious. Of course being born in Belgium in that part of the world where individual development was highly praised helped me to develop my skills first as a teacher, then as a coordinator of social projects to eventually become the journalist and writer who I’m.

My writings gave me the opportunity to travel extensively in Europe and China, resulting in many articles in various magazines across Europe, an International Journalism Award in Italy, three travel books and a book on modern Eastern Europe art. And last but not least my first novel ‘The Earth has Fever’ my debut. My writings also took me to the Sultanate of Oman, to Salalah in Dhofar, the southern region. Which resulted in a TV documentary, several articles and three books:  ‘ The DNA of Salalah, Dhofar. A Tourist Guide’ (English), Treasure Chest Salalah-Dhofar (Arabic-English), ‘Whispers of Oman’ (English) and al’arba, my blog. The many articles I wrote for a column in Archeologie Magazine, a Dutch magazine, gave me the opportunity to thoroughly study the archaeological sites in Oman and especially in Dhofar. Together with the many encounters I had with the locals living in the desert, in the mountains, by the sea and in the cities, it led me to my latest publication THE CUSTODIANS (English), which can also be seen on mariastories.

And still I am doing research…..and I continue to dream. Because writing is a microbe. Being a journalist is a pleasure. Writing books is a dream come true.