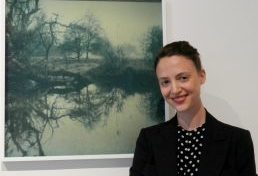 Sometimes something catches your eye. And then you start following a trail to find the explanation why… This happened to me, when I saw the photographs of Marianna Rothen in ‘Ingrid Deuss Gallery’ in Antwerp, in Belgium, my native country. Canadian born Marianna lives and works in New York City. After becoming a model at the age of fifteen, she spent many years of travelling, working and documenting her experience through photographs. But in the case of Marianna Rothen it is different. 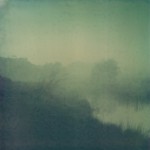 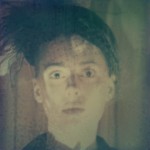 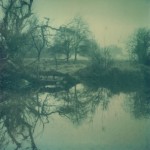 Walking through the exhibition ‘E.k.t.i.n.’ with her, it becomes clear. Marianna Rothen was thrilled to be involved into the film ‘Everybody Knows This Is Nowhere,’ written and directed by one of her best friends Gregory Perano and named after the Neil Young song of the same name. “I eagerly wanted to do the still photography,” she says. But it became more. “I helped the art director, was the whole time on the set. The film shot entirely in the landscape of southern N.S.W. Australia, we waited for the dawn and the dusk hours. But in fact, the landscape could be one of many countries. It was very collaborative. I did the still photography, I shot studies about the acting… Even the landscape as in the film, became a character on itself. Sometimes the landscape appears as from this world, as a very solid element.” And then Marianna shows me her favourite landscape still. “Sometimes the landscape appears monstrous. Sometimes I even flipped the landscape. The four eccentric characters as in the movie created their worlds. 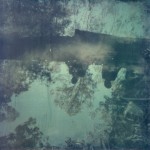 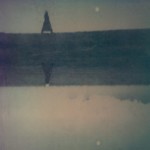 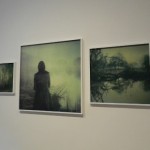 It was also the narrative and the performance aspect of the film that attracted me. The same aspects, I like to use in my photographs of the ‘E.k.t.i.n.’ exposition and in the short films I create. “I like to leave the narrative and the interpretation open as much as I can. The reflection is not the real world. ” In 2014 she completed the short films ‘The Woman with a Crown,’’ Passion of Snow,’ ‘Murder me Tomorrow,’ ‘Desert of June.’ And still she wants to continue. “E.k.t.i.n. became an extension of a dream world, of what I would like to be. It became almost a self-portrait. With self-portraits I also deal with. ” Marianna’s subjects are always women. “I create works, I am connected with…” she says. “And this happens rather more with women.”  Perhaps also because of the fact she is a woman herself, she admits. First when you look to the women she portrays they look vulnerable, almost struggling with something and at first sight it seems that there is a lot of melancholy. “But in their struggle they slowly find their strength. They are very strong,” she stated. And indeed, all the portraits in the exhibition breathe the same atmosphere. Perhaps the technique she uses causes this. “Still’ photography is about clear images. I made digital clear photos and then re- photograph them with polaroid and filters…with rather technical processes. It gives the pictures their painterly effect.” But perhaps there is also the fact that Marianna’s mother who is Polish still influence the way she portray the female characters in her photographs. “In 1982, I was born in a post-war environment. My parents went to Canada in 1970. I was raised in a very traditional family. My mother was very religious, a house-wife, so pretty conservative.  I was more than regularly surrounded by my Polish aunts. What I admired was the way they were always proudly up-dressed when they met one another. Although not always fashionable they were very neat, very feminine, and in a certain way very proud and they were very strong. Perhaps these reflections I show in the characters of my photographs and in my short films.”  Anyway, ‘E.k.t.i.n.’ let you dream, let you think, let you fantasize….Marianna’s works let you create your own world.

Curator Andi Potamkin: “Marianna’s work is romantic and at the same time powerful without words.”

Ingrid Deuss, Gallery owner: “Marianna’s work is a clear example of the difference between ‘taking’ a picture and ‘making’ ‘the’ picture. Her photographs are unique pieces of art.”