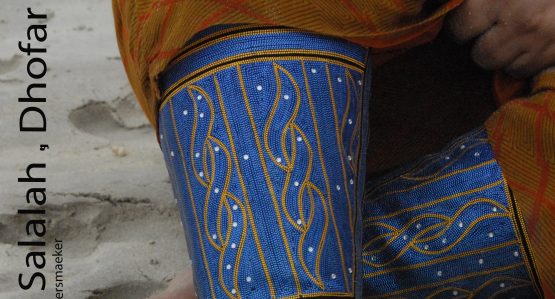 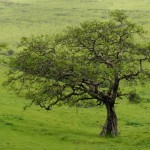 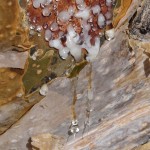 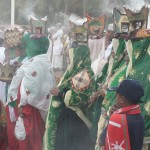 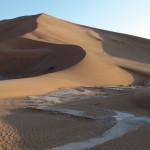 Like DNA is a blueprint of living beings, this book tells on 191 pages, with 57 pictures and particular maps, stories about the past, the present and the future of the southern part of the Sultanate. And as Islam is the blueprint for the daily actions in the Sultanate, every chapter opens with reflections on some important concepts of Islam followed by a Sūrah of the Holy Qur’an, carefully chosen by Mr. Khalan Nabhan Al-Kharusi, Assistant Grand Mufti.

“On 18th November 1940 for a few minutes life stood still in Oman. In the south, in Dhofar particularly in Salalah in Al Hisn Palace a smile appeared on the faces of everyone. Sultan Qaboos bin Said al Said – the only son of the late Sultan Said bin Taimur – was born. Nobody could have foreseen that the newborn Sultan was predestined to be the architect of the modernization of the country. Eighteenth November is the country’s National Day.”

“Thirty years later, 23 July 1970, also in Al Hisn Palace, the young Sultan deposed his father and commenced with the modernization of Oman, the so-called Renaissance. Twenty three of July is celebrated as the Renaissance Day. A vital moment and turning point in the history of Oman was the Sultan’s Speech to his people on the day of his accession and which can be read in the Museum of the Frankincense Land at the archaeological Al Baleed site.”

In the name of God, the Compassionate, the Merciful

“I address you as the Sultan of Muscat and Oman after having succeeded my father on 18th Jamadi Al-Awal 1390, corresponding to 23rd July 1970. With increasing concern and profound indignation I observed that my father was no longer able to handle the affairs of state. My family and my armed forces pledged allegiance and loyalty to me. The previous Sultan has left the Sultanate. I pledge that the first task I undertake will be to make this Government a modern one as quickly as possible. My first aim will be to relieve you of the unnecessary strain you are living under.

I will work as quickly as possible to in order to enable you to live in happiness and have a better future, and each one of you must assist in this duty. Our nation enjoyed strength and fame in the past, and if we work and cooperate together, we will bring the past to life. We will have a prominent place in the Arab world. I am taking the legal steps necessary to gain the recognition of friendly foreign states, and I look forward to swift support and prolonged friendly cooperation with all peoples, particularly with our neighbours, and for consultation amongst us for the future of our region.

I, and my new government, will work to realize our mutual aim.

My People, My Brothers,

Yesterday was lived in darkness but, with God’s help, a new dawn will rise tomorrow over Muscat and Oman and its people; May God protect us and grant us the success we seek.”

The so-called Renaissance of the country was a fact.

“As DNA influences most of the characteristics of living beings, every chapter in the guidebook contains a ‘main theme,’ a so-called cliff hanger. The particular information expressed in ‘Essentials’ can be interesting for new discoveries or for further explorations. The references to other publications, websites and the blogmagazine al’arba are the tools.”