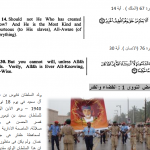 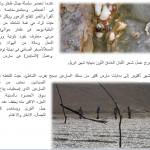 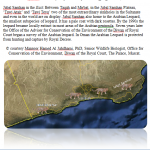 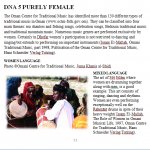 In 2012, ‘Treasure Chest, Salalah-Dhofar, Oman Serial 1’ was published. For this booklet of 76 pages, 46 pictures and 4 maps, I used the same concept as in ‘The DNA of Salalah-Dhofar. A Tourist Guide.’

By using the English and Arabic language in the same edition, I tried to unite two worlds with one another. With the text, I tried to be as basic as informative as possible in words, suitable for the English and Arabic version. In the lay out I combined the Arabic style with the western taste. For this reason I added more photos. The cover of the booklet shows camels walking around a hill in recto verso version. The hill becomes a hart that beats for two worlds, for the English title symbolizing the west and for the Arab title symbolizing the east. ‘Treasure Chest Salalah-Dhofar, Oman Serial 1’, is available in Muscat and in Salalah or by the author.